This article was originally published online at tibethouse.in about a Public Talk and Candlelight Puja at Tibet House, the Cultural Centre of H.H. Dalai Lama on September 18, 2011.

The room was filled with excitement and anticipation to hear Khandro Rinpoche as regular Tibet House supporters turned up in good numbers on 18th September 2011. The mattresses were laid on the floor and the altar was beautifully set with a grand poster of HH the Dalai Lama. On the floor, a beautiful floral mandala was laid out amidst candles. This created a gentle feminine energy around the room.

Geshe Dorji Damdul, the Head of Tibet House, introduced Khandro Thrinlay Chodon as a rare female Dharma teacher from an authentic lineage of Great Himalayan Yogis. Her family holds the Drukpa tradition and her focus is on teaching the Mind Treasure of her great grandfather Togden Shakya Shri. She was also married to His Holiness the late 9th Shabdrung Nawang Jigme of Bhutan. She was trained under the guidance of the late Gegen Khyentse Rinpoche, a master of the six yogas of Naropa and Mahamudra and received empowerments, transmissions and teachings of Drukpa lineage from him. She also received training under the guidance of Late Dilgo Khyentse Rinpoche, Sengdrak Rinpoche and was greatly inspired by her late father Apho Rinpoche and mother Sangyum Urgyen Chodon.

The Chief Guest for the evening was Prof. Menakshi Thapan of Delhi University who has worked towards bringing spiritual teachings to the education system in India. She is a deep supporter of HH the Dalai Lama.

Khandro-la was beautiful, elegant and well-spoken. In perfect English she skillfully blended the ancient teachings and brought them alive in a modern context. She started with delightful tales of her very privileged childhood, how she grew up in the lap of Great Masters, how she would wake up to find her whole family in meditation and often sit on her father’s lap while he was in meditation. At one point in her life when she attended a catholic school and her religious inclination was going towards Catholicism, her mother quietly reminded her to always visualise His Holiness the Dalai Lama in her prayers. She appreciated how her mother never criticized other religions but allowed her to expand by including them. She spoke directly from her heart and it was refreshing to listen to her explain the Four Thoughts of Gompopa in the traditional style of storytelling, making her whole life come alive for the audience. She was full of practical advice on how to lead a Dharmic life. Very charmingly, she confessed that she was not a scholar but her entire life was lived in devotion, surrounded by the magical experiences of the Great Masters to whose family she belonged. Her devotion to His Holiness the Dalai Lama was very genuine and moving.

When Khandro-la started chanting with a bell in one hand and a dorje in another, she immediately transported the audience to the great Himalayan mountains that she had just been talking about. She led a silent meditation and when the earthquake hit Delhi at the same time, the participants were not sure whether it was the energy from Khandro Rinpoche or the earthquake! It was an auspicious sign. After the tea break, there was a Candlelight Puja for the removal of obstacles and offering of prayers for the deceased.

People made offerings at the shrine, wrote the names of the people they wanted to pray for, did their kora around the mandala and got blessed. The evening was beautiful, gentle and flowing with feminine energy. Geshe-la concluded by sharing that the occasion was doubly blessed as a large poster of HH was gifted to the Centre just days before, and almost simultaneously such a photo was requested by Khandro Rinpoche to bless the shrine for her event.

It all came together in an auspicious way. Khandro Rinpoche’s Khachodling Trust made an offering to His Holiness’s Trust, and that, together with the proceeds from the evening and the merit accumulated, was dedicated to H.H’s long life and peace on this planet.

Khandro Trinley Chodon was born in Lahoul to a family of great Tibetan yogis. Her family holds the lineage of Drukpa tradition. In 1998, Khandro la married to His Holiness the late 9th Shabdrung Ngawang Jigme, the Head of Drukpa Lineage in Butan. Khandro la was trained as a child under the guidance of the late Gegen Khyentse Rinpoche, the master of sixth yogas of Naropa and Mahamudra and received all empowerments, transmissions and teachings of Drukpa Kagyud lineage from him. She was also taught by the late Dilgo Khyentse Rinpoche, Sengdruk Rinpoche, and was greatly inspired by her late father Apho Rinpoche and mother Sangyum Urgen Chodon.

Candle Light Puja is a ritual ceremony performed by monks and nuns of Khandro la’s family spiritual communities. They help to heal, purify and bring blessings to different aspects of life. The Candle Light Pujas can be performed for many purposes: births, deaths, marriages, and especially helpful at the times of crises and illness. This special puja that day was performed especially for the long live of His Holiness the 14th Dalai Lama and the well beings of the world.

On this Dakini Day, we are performing Chöd practi

Dear Guru Rinpoche, Please keep us animals in you

A TRIBUTE TO HIS HOLINESS THE 9TH SHABDRUNG NGAWAN 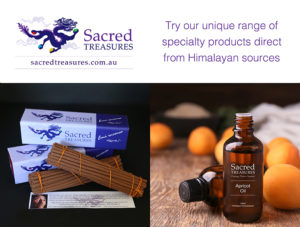